FOXHOLE and SIZE UP Premieres

Two films on which James Felix McKenney worked on as a producer are set to have premieres this fall with both in-person and online screenings. 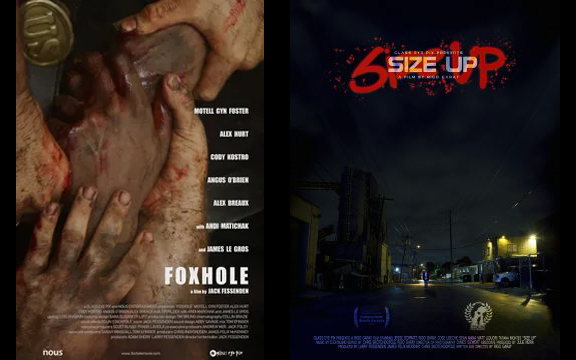 Jack Fessenden's FOXHOLE will have World its premiere will be at the Oldenburg Film Festival both in-person and online on September 17, followed by the North American premiere at The Woodstock Film Festival with screenings on October 1 & 2.

Rigo Garay's short SIZE UP will also be screening on October 2 as part of Woodstock's Fight or Flight Shorts Program.