Simon Abrams gives you the full story on the “Oh, the Humanity! The Films of Larry Fessenden and Glass Eye Pix” retrospective running from March 30 through April 19 at MoMA and online. Read the full article here. 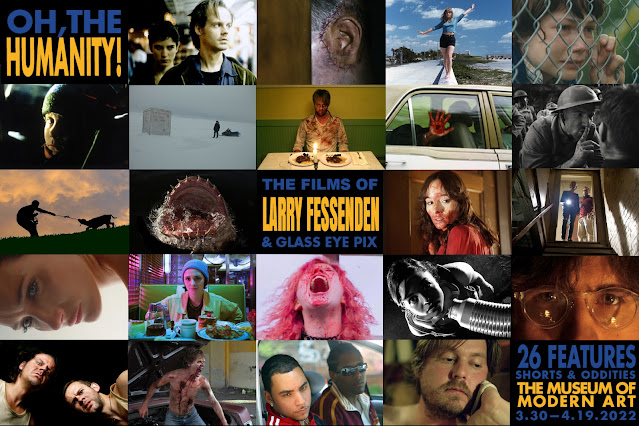 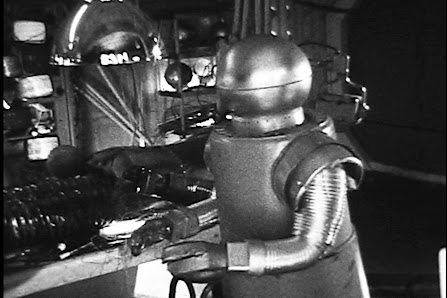 AUTOMATONS will be screening at MoMA The Museum of Modern Art on April 7 & 12 as part of the Larry Fessenden / Glass Eye Pix series. Writer-director James Felix McKenney will be there on 12th to introduce the film and for a Q&A after.

For tickets and more information, visit the MoMA website.

"AUTOMATONS is a smart, thought-provoking tale equipped with the moody ambiance and intellectual integrity of a classic episode of THE OUTER LIMITS. That's high praise indeed."
-- Steven Puchalski, SHOCK CINEMA

"Automatons is an excellent homage to the movies of yesteryear, and will be quite a thrill for anyone who misses those old days."
-- Steve Anderson, FILM THREAT

"The visuals are astonishing and the film works out its central thesis to its most appalling conclusion. Writer/editor/director McKenney is definitely one to watch."
-- David Annandale, VIDEOSCOPE

"Automatons is what happens when Eraserhead and Tetsuo the Iron Man bong themselves into oblivion and collaborate on a minimalist avant-garde sci-fi cheapie shot in a toolshed... Robot radness achieved! Budgets are for bitches. "
-- Nathan Lee, VILLAGE VOICE

"It's not a film of compromise but of sheer determination, refusing to be defined by its budget and liberated by a decision to overcome its bank account with sheer imagination."
-- S. James Snyder, NEW YORK SUN