Come on by the MonsterPants Booth #229 at Designer Con this Saturday, November 3 in Pasadena, CA! We'll have all of the latest Sea-Borgs handmade plastic resin toys available, including some new Mutations and the D-Con exclusive, Sea-Borg Pinku!

Now in its seventh year, Designer Con is an annual art and design convention that smashes together collectible toys and designer apparel with urban, underground and pop art!

Can't make it to D-Con? A selection of Sea-Borgs are available online in the MonsterPants Shop!

A Note About the MonsterPants Shop...

Due to out-of-town commitments, shipping of all new MonsterPants Shop orders will be delayed until November 19. Thank you for your patience.

James Felix McKenney rambles on about how his Halloween movie viewing habits over the years in a guest blog post at Dark of the Matinee.

Just posted on the DesignerCon exclusives page is the Sea-Borg Pinku resin figure from MonsterPants! 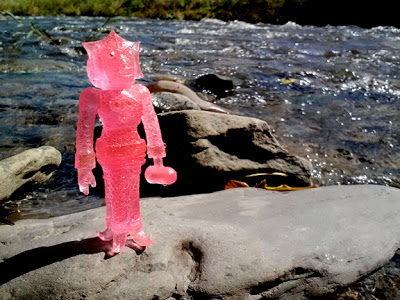 Pinku is a glittery pink version of the latest addition to the Sea-Borgs army. See the other members of her gang over at the MonsterPants Shop.

Only thirty Sea-Borg Pinku figures have been cast. She's available for $35 each from the MonsterPants booth #229 at the con and comes packed in a clear bag with header card.

The Sea-Borgs are a line of handmade resin figures by filmmaker James Felix Mckenney.

Designer Con is an annual art and design convention that smashes together collectible toys and designer apparel with urban, underground and pop art! The convention takes place on Saturday, November 3rd at the Pasadena Convention Center. Don't miss it! 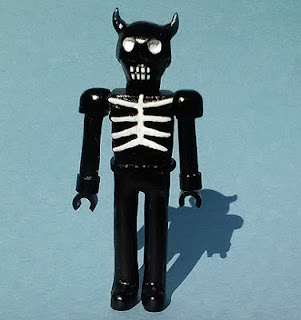 The Sea-Borgs plastic resin toys are now available in the MonsterPants Shop!

Pick up the new series featuring Sea-Borgs Queen, Siren and Nix as well as the evil Invaders - Death, Demon and Decay. Also available again for a limited time are the original three Sea-Borgs - King, Mist and Abyss.

All Sea-Borgs are hand sculpted, cast, finished and packaged by James Felix McKenney.

And be sure to check out some lovely photos of the Sea-Borg toys at New York Comic Con from Action Figure Times, Spanky Stokes and Plastic and Plush! 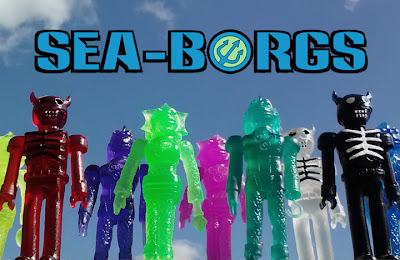 Are you going to New York Comic Con this weekend? Then be sure to stop by and visit the MonsterPants booth #3116 inside The Block for Sea-Borgs, T-shirts and more!

Having started sculpting and casting resin toys last year, making the Sea-Borgs has been a learning experience and I've made a lot of mistakes along the way.

There have been plenty of bad castings, colors that didn't quite work, failed paint tests and more. All of these "lessons" have added up over the months to create my new Sea-Borg Mutation figures.

In the world of the Sea-Borgs, these are the guys and gals who didn't come out looking so pretty after the Invaders ruined their world. But that doesn't mean that they have to stay hidden in the murky depths.

These Sea-Borg Mutations will be available for purchase at New York Comic Con in the MonsterPants Booth #3116. Each one of these unique figures is priced at $20-$30 and comes packaged in a clear bag with header card.

See you at the show! 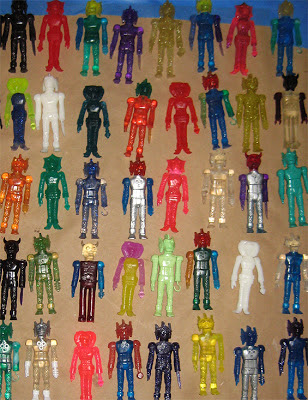 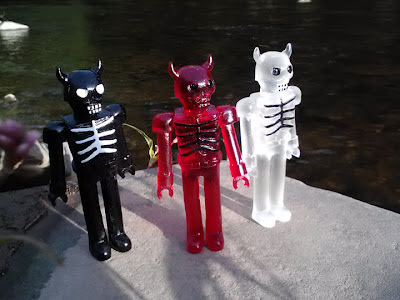 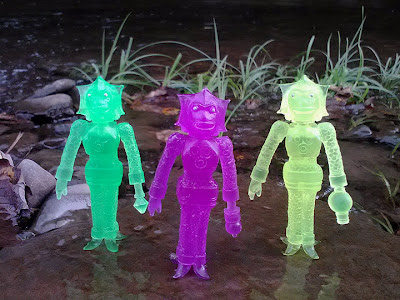 Making their debut at New York Comic Con are six new Sea-Borg figures from MonsterPants. The first three will be:

SB-111 SEA-BORG QUEEN - Ready in green to defend her realm with her Diamond Mace!

SB-112 SEA-BORG SIREN - The purple mistress of persuasion, she wields a Pearl Scepter!

HYPOTHERMIA Out Now on DVD and VOD 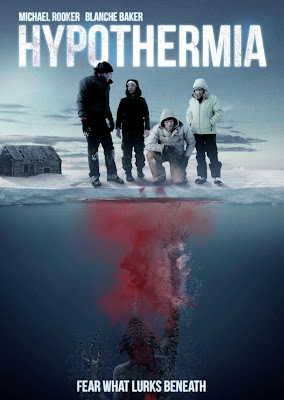 HYPOTHERMIA is now out on DVD. Watch it On Demand via Amazon Video, iTunes, Playstation Network, Xbox, YouTube, Google Play or Vudu. 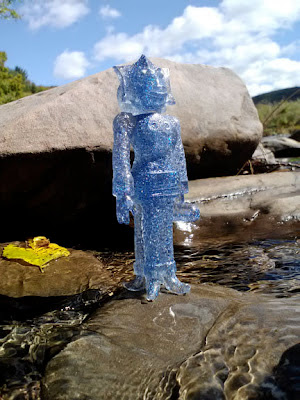 This is a glittery-blue, star-filled version of the latest addition to the Sea-Borgs line who comes ready for battle with a war hammer in place of her left hand.
The figure is packaged in a clear bag with header card
15 made
$35 each

Read more about the Designer Toy Awards over at Clutter!