For a taste of what the film is all about, check out the trailer at Twitch.com.

Spanky Stokes: What might end up being the most expensive & rare Sucklord figure ever: The Villain! 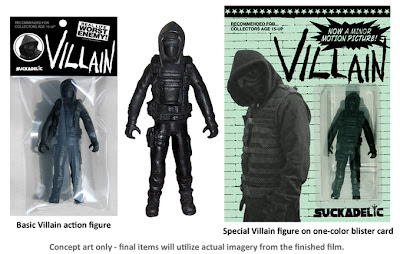 Please show your support for VILLAIN on Kickstarter today!

Please help us make the next MonsterPants movie a reality by supporting our project on Kickstarter. VILLAIN needs you! Pass it on!

Read all about the new MonsterPants Movie, VILLAIN, at Fangoria 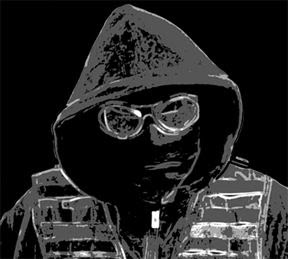 Michael Gingold at Fangoria has the scoop on VILLAIN, the new movie by writer-director James Felix McKenney and starring The Super Sucklord.

Get the whole story of this upcoming film at Fangoria.com.

The MonsterPants Are On! with filmmaker Grace Lee! 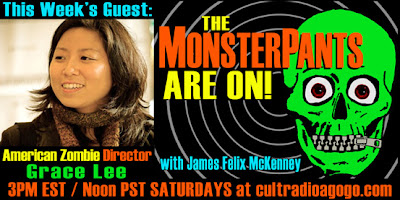 On the next and final episode of "The MonsterPants Are On!" - AMERICAN ZOMBIE director Grace Lee talks about her documentary film work, financing projects through crowdfunding and making her first horror movie.

"Doctor Who" actor John Levene get his MonsterPants On! 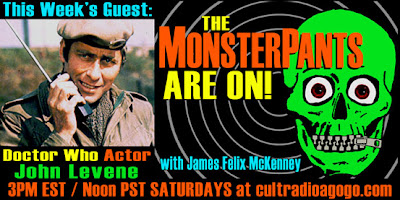 On the next episode of "The MonsterPants Are On!" - Actor John Levene, best known as "Benton" on the classic "Doctor Who" television series talks about his years on the show, working with Doctors Patrick Troughton and Jon Pertwee, meeting "new" Doctors Matt Smith and David Tennant, his early days playing Cybermen and Yeti on the show and his upcoming music CD.

All of this and so much more - Saturday, July 7 at 3pm Eastern / Noon Pacific on cultradioagogo.com!