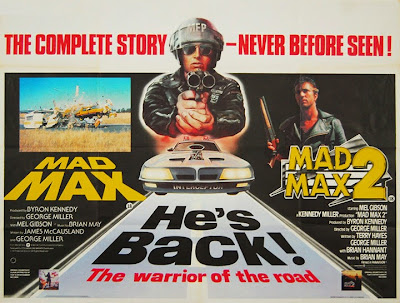 In this episode, your humble hosts discuss the original Mad Max trilogy starring Mel Gibson, Mad Max, Mad Max 2: The Road Warrior and Mad Max: Beyond Thunderdome, as well as a number of other films in the same vein, including Exterminators of the Year 3000, Hell Comes to Frogtown, 1990: Bronx Warriors, Stryker, Metalstorm: The Destruction of Jared-Syn, Tank Girl, Waterworld. Also featured are Laree and Jim's spoilery comments on Avengers: Age of Ultron and the Netflix Daredevil series.